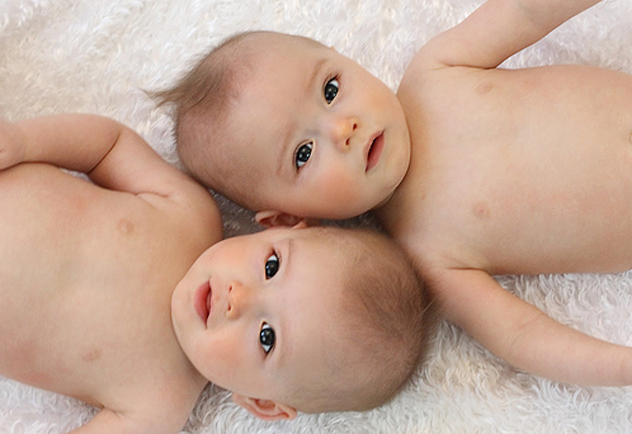 A South African mother has refused to hand over her four-year-old daughter after it was revealed that the child was accidentally switched with another baby at birth.

The woman, from the country’s Gauteng province, is locked in a dispute with the little girl’s biological mother, who wants her child back.

And now the case has been referred to the high court, which will rule on the future of the two children, officials said on Wednesday.

The babies were born on the same day in 2010 at the Tambo Memorial Hospital in Johannesburg but ended up going home with the wrong mothers, the hospital confirmed – it did not provide an explanation for the mistake.

But the accident was not revealed until one of the mothers underwent tests when her ex-husband refused to pay child maintenance because he believed he was not the father.

“They did a paternity test and it was established that neither party was the parent of the child. They went back to the hospital and it was confirmed they had been swapped at birth,” Henk Strydom, the lawyer of one of the mothers told Afrika herald.

“She was absolutely devastated. She was traumatised,” Strydom added.

“My client wants her baby back. She is the biological mother of the child.”

But the other mother in the case does not want to exchange the girls, leaving the North Gauteng High Court to decide if the children should be returned to their biological mothers. The names of those involved cannot be published for legal reasons.

The mothers met each other and their biological daughters last year and have been attending joint therapy sessions arranged by the hospital since December.

The court has asked the University of Pretoria’s Centre for Child Law to investigate what would be in the best interests of the children and report back to the judge in 90 days.

“We have been authorised to investigate the matter and to give our report and recommendations. It will be up to the court to make the final decision,” a spokeswoman at the centre said.

Strydom compared the case with a story in the Hebrew Bible when King Solomon unveils the truth after two women claim to be the mother of a child.

“Someone has to make a very difficult decision. It really is a situation on a biblical scale,” Strydom said.

Bruce Laing, a clinical psychologist in Johannesburg, said the long-term effects of a baby swap could be “profound”, “terrifying and incredibly traumatising”.

He told the Times of South Africa: “An increasingly complicated situation is that some resentment towards a child that is not yours might occur. The parents might always be thinking ‘What if?’”

Last year, a Japanese man was awarded £222,000 in damages after an accidental swap at birth saw him taken from his wealthy parents and consigned to a life of poverty.

However in 2011, a pair of 12-year-old Russian girls who were switched at birth decided that they wanted to stay with the families who had been raising them rather than returning to their biological parents.