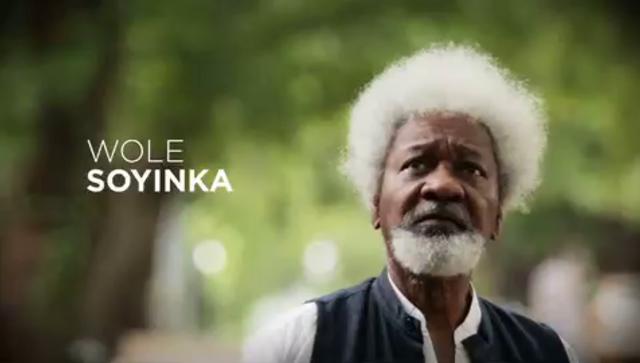 Professor Wole Soyinka, Nigerian playwright, poet and novelist, became the first African to win the Nobel Prize in Literature in 1986. Beyond his successful literary career, Soyinka is well known for his political activism.

Prof .Wole Soyinka, who turns 80 today expressed his  views on domestic Nigerian politics. When the Islamist militant sect Boko Haram abducted 200 schoolgirls, Soyinka told The Afrika Herald that “the Nigerian nation is about to be defined one way or the other. If we don’t find those children, then for me Nigeria is a hopeless state. Then let’s all sit down and decide that Nigeria is too much to manage and that it is easier, for instance, to manage a crisis of this kind, or even to prevent it, if we were a smaller nation.”

Soyinka was born in Abeokuta, southwestern Nigeria , on July 13, 1934. Brought up by a father who was both an Anglican minister and a headmaster, he received a western-orientated education from the very beginning. But he was also deeply influenced by the myths and traditions of the Yoruba ethnic group to which he belonged, the Yoruba being one of Nigeria’s three large ethnic groups. Literature – prose and poetry – is the medium through which Soyinka seeks to transmit these influences on his life.

“I suspect that I probably come from a long family of ‘word spinners’. I mean that in the sense of an extended family, because ‘family’ as we use it is a very large one. I was constantly surrounded by aunts, uncles, my father’s intellectual companions. All of them were raconteurs of some sort or the other,” he said.

Soyinka studied literature in the UK in the 1950s. On his return to Nigeria, he devoted himself to African drama, combining western and African traditions with a strong commitment to politics.

His poem Ogun Abibiman, written in 1977, was steeped in Yoruba mysticism. It was also highly topical, as it explored the war between Mozambique, which had just gained independence, and Rhodesia (now Zimbabwe).

Soyinka marked Nigeria’s declaration of independence in October 1960 with his play “A Dance of the Forest.” Performed in Lagos, it was a rather somber work in which he called on Nigerian society to face up to its past and not to repeat previous mistakes. A few years later, Nigeria plunged from political crisis into military dictatorship and to a civil war over Biafra, which declared its independence in 1967. An opponent of the war, Soyinka called for peace talks between the two sides. He was promptly arrested, charged with treason and sent to prison for two years.

A German translation of Soyinka’s ‘The Interpreters,’ which revolves around the experiences of a group of intellectuals

After he was released in 1969, Wole Soyinka went into exile. In the 1980s and 1990s, he spent a considerable amount of time abroad – in the United States, for instance – in order to protect himself from reprisals by the Nigerian government. When democracy was restored to Nigeria in 1999, Soyinka began to take a more active role in his country’s affairs, even though he continued to live and work in the United States. He founded his own party, Democratic Front for a People’s Federation, in 2010, but its influence has been negligible.

Politically active, but not a writer about politics

Unlike other African or Afro-American intellectuals, Soyinka refuses to put sole blame for Africa’s woes on the former colonial powers. It is his conviction that Africans are responsible for African problems. In the 1970s, he campaigned vigorously against the atrocities committed by the Ugandan dictator Idi Amin, while others were still insisting that Amin was at the vanguard of a battle against European arrogance.

Even though Soyinka remains politically active and deals with politics in his books, he does not really see himself as a political writer.

“I accept the fact that I am a very political animal. Politics is first of all a citizen’s duty. I just haven’t combined my artistic vocation with the political fervor, that’s all,” he said.

Soyinka in his work is indeed more preoccupied with society and the psyche of the individual than with political events or trends. He is unwilling to accept that the artist is elevated in some way.

“I have always rejected any special responsibility for the artist. I’ve never belonged in that school and I feel like striking those who insisted artists should have a particular burden. No, I don’t accept it,” he said.

As a writer, Soyinka chose English as the language for his craft. The virtuosity with which he was able to link together diverse cultural traditions earned him international acclaim and in 1986 he became the first African to receive the Nobel Prize for Literature. But his style of writing asks a lot of his readers and he has been accused of being too distant. In his home country, he is revered

for his candid and often provocative political broadsides.

On A metal Twist with Tony Evbodaghe

Mozambique Ceasefire A Beginning, Not The End'

Africa And it’s Cracking Holes Of Poverty in 21st Century