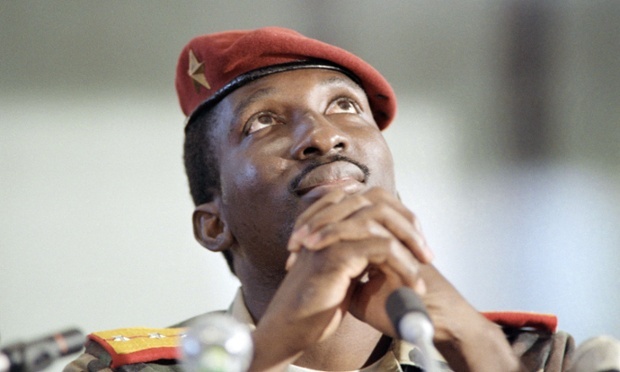 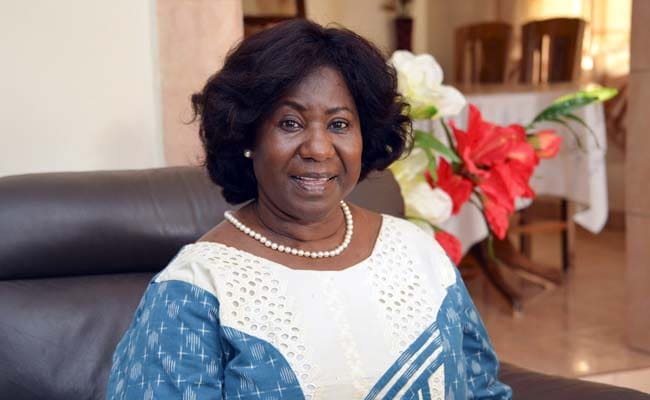 Mariam Sankara, widow of former president Thomas Sankara, known as the father of the revolution in Burkina Faso. (AFP Photo)

The remains of slain former president Thomas Sankara and 12 of his colleagues who were assassinated during a coup d’etat in 1987 will be exhumed Monday, a judicial source said Sunday.
Thomas Sankara was a popular Marxist army captain who came to power in a 1983 coup and transformed what was then the former French colony of Upper Volta into Burkina Faso.

Burkina Faso authorities in March ordered the corpse to be exhumed so it could be formally identified.

“Tomorrow Monday at 8:00 am (0800 GMT), we will proceed to exhume the bodies of president Thomas Sankara and 12 others,” mostly members of the military who died at the same time, the source told AFP.

Lawyer Benewende Stanislas Sankara, who is not related to the former head of state, told AFP the leader’s relatives and their legal representatives have been “summoned by the investigative judge to attend the exhumation of the bodies”.

The coup that killed Sankara put Blaise Compaore into power for 27 years, until a major popular uprising late last year led to his removal.

Sankara’s remains are said to be buried in a cemetary of the Dagnoen district of Ouagadougou, but his family and supporters doubt that is true.

Throughout his years in power, Compaore refused to investigate Sankara’s murder.

The exhumation by two doctors from Burkina Faso and a third from France will allow experts to “identify, using DNA tests, whether it really is the body of president Thomas (Sankara) in this tomb”, the lawyer said.

They will also be able to determine “the cause of death”, he added.

Dubbed Africa’s “Che Guevara” by admirers, Sankara’s reputation spread far beyond Burkina’s landlocked borders because of his determined anti-imperialist outlook and a raft of measures to end dependency on foreign aid.