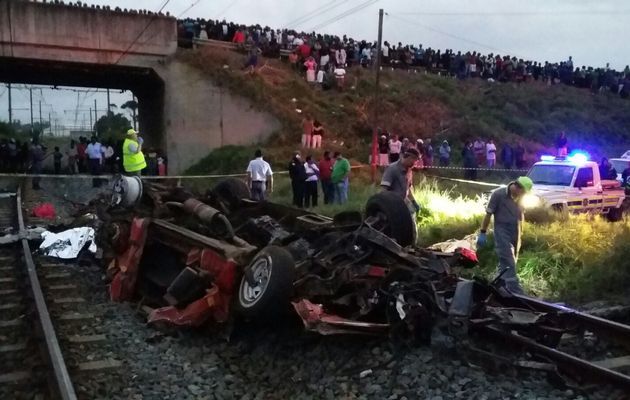 A train hit a minibus, killing at least 15 people and injuring six others near Durban in eastern South Africa on Monday.

The minibus which was overloaded hit the guard rail of a highway, landed on the railway line and was hit by an incoming train, said Zinhle Mngomezulu, spokesperson of the KwaZulu-Natal Road Traffic Inspectorate.

It was not immediately clear whether it was a goods train or a passenger train had struck the minibus. No one aboard the train was injured.

South African authorities have vowed to achieve a 50 percent reduction in road accidents by 2020.

WAR AGAINST CORRUPTION IS A MUST CALL – BUHARI