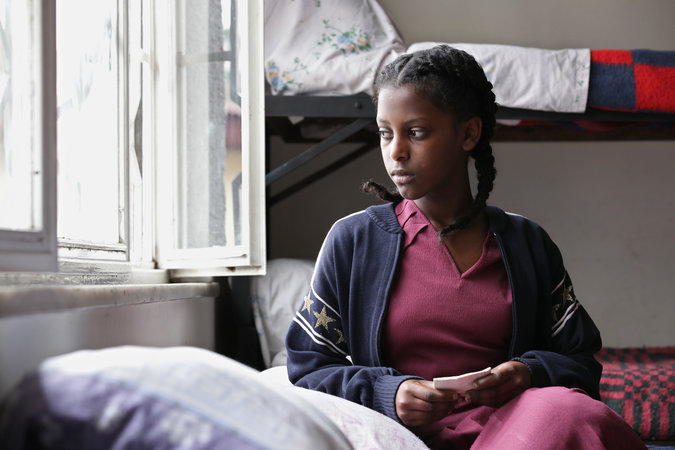 When an Ethiopian girl who survives abduction and rape in “Difret” finds safe haven with her lawyer, you may not expect the question she poses in a quiet moment: Is her host a bad woman? The 14-year-old Hirut (Tizita Hagere) is asking because her newfound defender, Meaza (the Ethiopian star Meron Getnet), lives alone in her Addis Ababa apartment, without a man and perhaps therefore without morals. Hirut, an eager grade-school student, shot an attacker after he tried to kidnap her for the purpose of marriage, but she’s still a product of her elder-run community, and not simply a walking symbol of courage.

Such multilayered depiction of the deep roots of tradition is a hallmark of this film from Ethiopia, although it’s not bolstered by an equivalently subtle sense for storytelling. The director, Zeresenay Berhane Mehari, follows Meaza, a women’s-rights advocate, as she prepares a defense of Hirut on charges of murder and targets the misogynists in the legal system who keep waving off justice. Set in the mid-1990s, this docudrama presents Meaza — in real life the founder of the Ethiopian Women Lawyers Association — as a bold voice of freedom and autonomy, but when it comes to the drama part, Mr. Mehari keeps losing his footing.

Shot in sunny locales, “Difret” has an earnestness that hovers between plain-spoken and pedestrian, and there are scenes and sequences that just don’t come together as written and edited, no matter how admirable the film’s existence is.

Clinton Stirs Up Crowd in Alexandria, Va., At Afternoon Rally