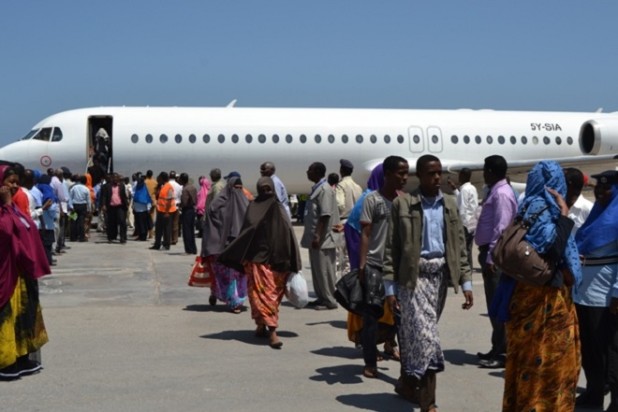 The United States has conducted another drone strike in Somalia, targeting a senior al-Shabab leader thought to have been plotting attacks against Americans in Mogadishu, the Pentagon said Friday.

The announcement came shortly before President Barack Obama offered detailed remarks about America’s controversial drone program, saying some criticism of it had been “legitimate,” and acknowledging there was “no doubt” the unmanned aircraft have killed innocent people in the past.

The Pentagon said it was still assessing whether Dhoore had been killed.

A U.S. defense official, speaking on condition of anonymity, said the strike targeted a vehicle Dhoore was riding in with two other al-Qaida-aligned al-Shabab members.

“We have been watching him off and on for a long time,” the official said.

The strike comes less than a month after U.S. drones and warplanes hammered an al-Shabab training camp in Somalia, killing more than 150 fighters who the Pentagon said were prepping for a “large-scale” attack.

Obama said the military avoids drone strikes in areas where women or children are present, and usually only carries out missions after long periods of monitoring.

Still, he said some strikes have killed people other than the intended targets.

“There has been, in the past, legitimate criticism that the architecture — the legal architecture — around the use of drone strikes or other kinetic strength was not as precise as it should have been, and there is no doubt that civilians were killed that should not have been,” Obama said at the end of a nuclear security summit in Washington. “What I can say with great confidence is that our operating procedures are as rigorous as they have ever been and that there is a constant evaluation of precisely what we do.”

Dhoore allegedly was part of al-Shabab’s security and intelligence wing and had been involved in planning attacks in Mogadishu, the Pentagon said.

“He had planned and overseen attacks resulting in the death of at least three U.S. citizens,” Cook said, noting that Dhoore had played a role in the December 2014 attack on Mogadishu’s airport, which resulted in the death of several African Union soldiers and a U.S. citizen.

“Dhoore was also directly responsible for the March 27, 2015, attack on the Maka al-Mukarram Hotel in Mogadishu, resulting in the deaths of 15 people, including one Somali-American national. Hassan was believed to have been plotting attacks targeting U.S. citizens in Mogadishu,” Cook added.

Al-Shabab jihadis have claimed responsibility for a string of recent attacks, including a twin bombing at a busy restaurant in the Somali city of Baidoa in February.

The U.S. military has over the past 15 years invested heavily in drones, used to surveil vast parts of the Middle East and Africa.

The unmanned vehicles have become key to the U.S.-led coalition’s efforts to fight the Islamic State group in Syria.

The military currently has about 7,000 drones, of which 200 are armed, according to the New America think tank.

A late foray into Africa’s bars