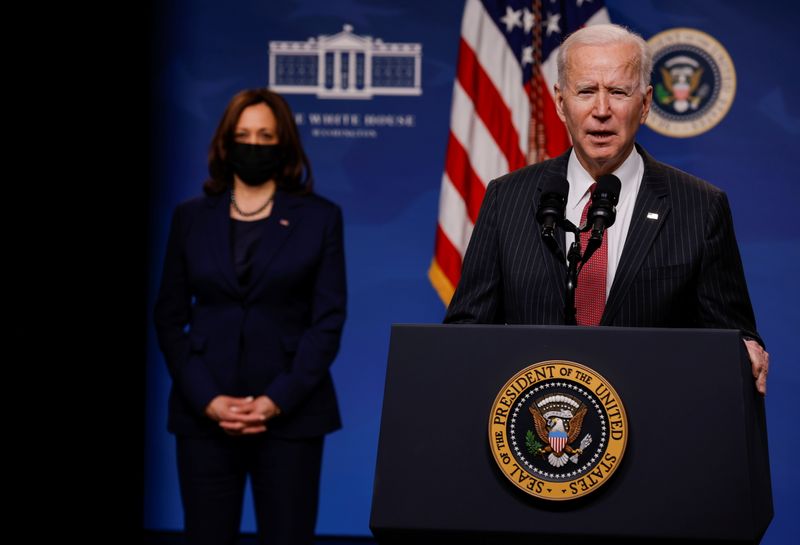 Share00
Biden used 3 key stats to make a point. Except they weren’t

(CNN)With Congress already battling over hiking the minimum wage to $15 an hour, President Joe Biden likely raised a few eyebrows when he recently said that the federal minimum wage would actually be $20 if it were indexed to inflation. 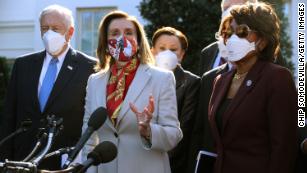 Here’s what’s in the House Democrats’ stimulus relief plan
While the President bungled two different statistics at a CNN town hall last week, the thrust of what he said is accurate: The minimum wage, which has been stuck at $7.25 an hour since 2009, has fallen far behind in terms of both inflation and productivity.
Increasing the federal minimum wage is once again in play, with Biden and key congressional Democrats pushing to raise it in stages to the $15 target by 2025. The House is expected to pass legislation containing the hike next week, but the effort could be derailed in the Senate with Democratic Sens. Joe Manchin and Kyrsten Sinema expressing opposition to the move.
Say goodbye to dark spots with this new serum
2020 was a tough year for our skin. At first, we went into lockdown, and, understandably, our skincare routines and healthy habits took a hit.
Though both Republican and Democratic presidents have signed legislation increasing the federal minimum wage since it was created in 1938, the issue has become a partisan lightning rod since unions began pushing almost a decade ago for a jump to $15.
Unions and consumer advocates say workers deserve a living wage, which would also allow them to spend more and boost the economy. While some major employers like Target and Amazon have adopted the level, small business owners argue that many of them can’t afford to pay higher wages, which could prompt them to lay off staff and even close their doors.

The federal minimum wage has not kept up

In the town hall, Biden was referencing a data point from the Center for Economic and Policy Research, a progressive think tank, the White House told CNN. It looked at what the federal minimum wage would be if it kept up with productivity growth. The answer: $24 an hour.
Dean Baker, the center’s senior economist who crunched the numbers, said he is not suggesting that the minimum wage should be raised to that level, which would cause serious disruptions to the job market and economy. But he thinks it’s important to point out how the two diverged more than 50 years ago.
For the first three decades after the minimum wage was established in 1938, it roughly kept pace with average wage and with productivity growth, rising from 25 cents at the outset to $1.60 in 1968. That buoyed workers at the bottom of the income scale along with the rest of the labor force.
But since then, the minimum wage has greatly lagged productivity growth — yet another indicator of the spike in income inequality in the US in recent decades.
“No one thought we were crazy in the ’40s, ’50s and ’60s when we were having the minimum wage rise in step with productivity,” Baker said, noting the increases were bipartisan. “It’s a reasonable thing to say, society is getting richer, you have workers — custodians cleaning toilets and dishwashers — those people should share in it, as well.”

Inflation has also been eating away at the buying power of the federal minimum wage for the last few decades.
The wage hit its peak in inflation-adjusted terms in 1968 at just over $12. Though it has been raised 14 times since then, it has not kept pace with the cost of living. The current nearly 12-year stretch is the longest it’s gone without a boost.
That means minimum wage workers are getting poorer over time, said Josh Bivens, director of research at the left-leaning Economic Policy Institute.
“Every year that Congress does not raise it, people get a pay cut,” he said.
previous post

UN Allocates $75 million To Boost Aid Operations In The Sahel, Horn of Africa