Norfolk School to help ‘kit out’ Children in Africa 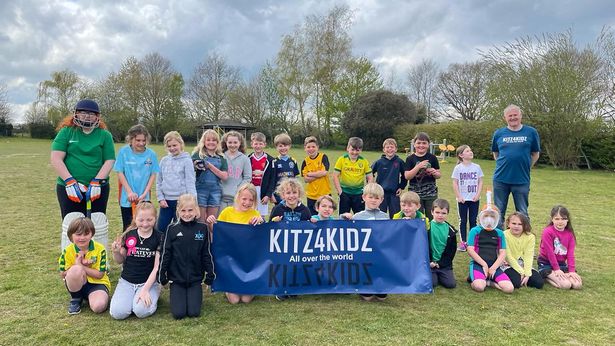 Children at a Norfolk School have raised vital funds to ship clothing donations to kids in Africa.

Brisley Church of England Primary Academy, part of the Diocese of Norwich Education and Academies Trust, (DNEAT), held a non-uniform day on Friday, April 30, where all children and staff were invited to pay £1 to go to school dressed in clothes symbolizing their favorite hobby or sport to raise money for Kitz4Kidz.

More than £110 was raised by pupils and staff which will be going towards Kitz4Kidz to help pay to transport all the kind of clothing donations to the children in schools in Africa.

Earlier in April, Brisley Primary Academy sent a donation of brand new and second-hand sports hoodies which have arrived in Ghana.

New headteacher at Buxton Primary School in Norfolk
Meet Imran Khan the man who might be Norfolk’s youngest headteacher as he takes over at ‘outstanding’ rated Buxton Primary School. Norfolk Now is the YouTube channel that gives you the best local stories from across Nelson’s county. Tune in for the latest videos on news, sports, food & drink, history, entertainment, and more… Subscribe Now – https://goo.gl/IsvTVY
New headteacher at Buxton Primary School in Norfolk
North Norfolk Primary school spreads positivity
Norfolk Swimmers raise funds for Gypsy and Travelling communities
Nearly 800 schoolchildren at Norfolk Children’s Book Festival
Thousands of children across Norfolk take part in the virtual Rainbow Run
The number of exclusions in Norfolk schools is “shocking”
Building work starts for the new EACH children’s hospice for Norfolk
EXPLAINED: Why children’s centres in Norfolk could close
School allotment project rolled out across Norfolk
Buxton Primary School Makes Music Video to Help Children See Each Other During Coronavirus Lockdown

He said: “There was a bit of a struggle to get the items shipped and this last shipment has cost £1,300. The shipment arrived in Ghana on Monday, April.

“A member of staff travelled for fourteen hours to get to the airport but unfortunately, he was unable to collect the donation as stuck in customs.

“A few days later I have just heard that Nana, the teacher has travelled 14 hours by bus to the airport to get the items.  The children are getting so excited, they cannot wait for his return.”

Jo Kerkham, head of school at Brisley Church of England Primary Academy, said: “The school council has suggested doing a sponsored run or cake sale next.

“I think it’s great that the children want to make sure children all over the world have opportunities to play sport in a team kit or have warm clothes when they need them.”

Altcoins at Forefront of Cryptocurrency Mania

An Examination of Decisions to Intervene in Libya and Syria

School Tries To Heal The Divide In Northern Nigeria