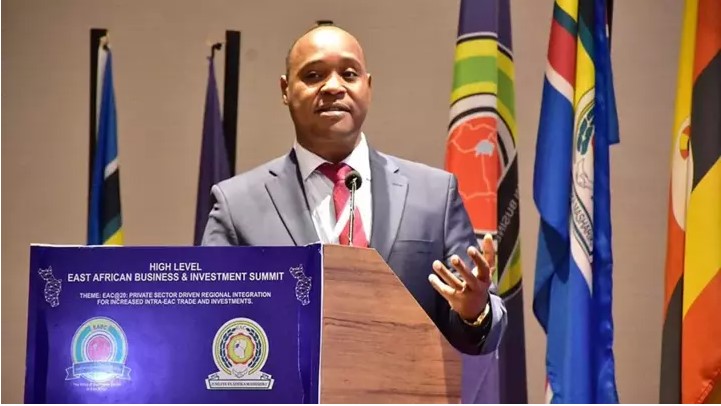 The process of admitting the Democratic Republic of Congo (DRC) to the East African Community (EAC) is in advanced stages, and a report on their eligibility to join the six-nation group is now awaiting approval by the Council of Ministers.

This was highlighted on Wednesday, August 11, by Peter Mathuki, the Secretary General of the EAC as he addressed the media on the occasion of his 100 days at the helm of the Tanzania-based secretariat of the regional bloc.

DRC’s request to join the bloc took centre stage in February 2021, after the EAC Summit approved their application and later on in June, launched a verification mission to assess its suitability for admission into the Community, in line with the EAC’s procedures for admission of new members.

Barely two months later, the verification team has already been to DRC and drafted a report, which is now ready for submission to the Council of Ministers.

The council will deliberate on the report before handing it to the EAC heads of state for final decision, said Mathuki.

He said that DR Congo’s joining of the bloc means large market, among other opportunities.

“DR Congo gets almost 31 percent of their imports from other parts of the world – I would say mostly from China, 16 percent from South Africa, 15 percent from Zambia, and only 11 percent from East Africa. With their coming on board to take advantage of the frameworks that we (EAC) have, it is possible this 11 percent is going to increase four-fold to almost 50 percent,” he added.

He said that as a bloc, they are looking forward to the new member.

“The final decision on the admission of any partner state is done by the summit, but since the technical team has done a good job, we look forward to DR C joining the community.”

DR Congo’s admission to the bloc will bring members to seven after Rwanda, Kenya, Tanzania, Burundi, Uganda and South Sudan.

Under the EAC Treaty, the criteria for the admission of new countries include: acceptance of the Community as set out in the Treaty; adherence to universally acceptable principles of good governance, democracy, the rule of law, observance of human rights and social justice; potential contribution to the strengthening of integration within the East African region, and; geographical proximity to and inter-dependence between it (the foreign country) and the EAC Partner States.

The other criteria for admission of a new member are: establishment and maintenance of a market-driven economy; and; social and economic policies being compatible with those of the Community.

DR Congo’s President Félix Tshisekedi put in the request to join the bloc in June 2019, which was soon backed by the government of Rwanda

At Least 600 Families Rendered Homeless by Wildfires in Algeria