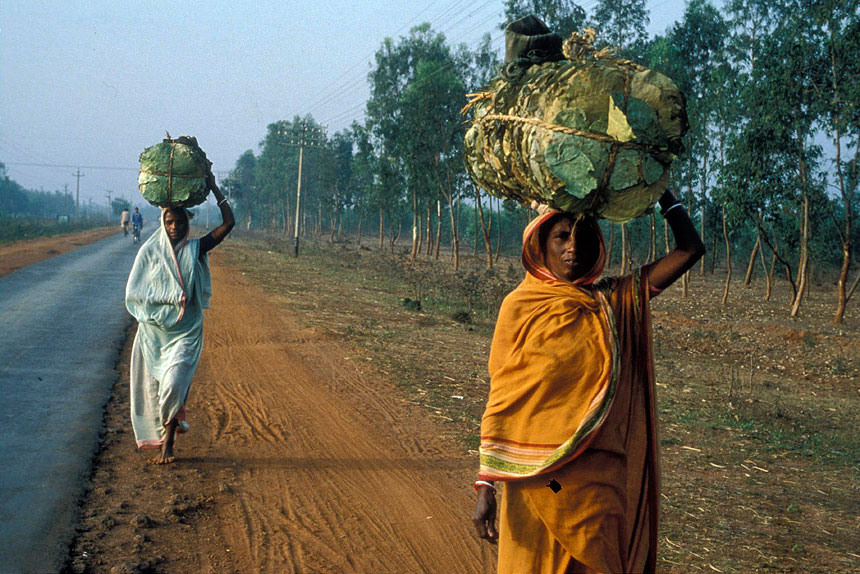 If you empower woman, you empower a nation. Women are the people who are educating the next generation and if we make sure that women can raise their children in a stable, healthy environment, we will be helping to raise a more educated and inspired generation of Africans.

We work with women both in the Africa and in Nigeria through a number of programmes designed to improve women’s economic, mental and medical well-being. Our programmes in Africa work to get our village women to the stage where they can generate a regular income so that they can afford to feed their families, have access to medical care and send their children to school. This in turn triggers a ripple effect of development across small villages and causes a positive impact in communities, contributing to make change happen.

By AMINA MOHAMED AND SIDDHARTH CHATTERJEE

When President Barack Obama made his first visit to Kenya as US President last year, one of the poignant messages he left was an exhortation for communities to shun cultures that degrade women and girls. “Imagine if you have a team and don’t let half of the team play.

That makes no sense,” he said, referring to the denial of opportunities for women to fully participate in development. The president’s message could not have been more pertinent, coming as it did when the country, like most of Africa, is thinking how to reap a ‘demographic dividend’ – or boost in economic productivity – from its declining fertility rate and growing youthful population.

This occurs if the number of people in the workforce increases relative to the number of dependents. Malaysia, Singapore, South Korea, Thailand, Taiwan and Hong Kong, also known as the “Asian Tigers”, lifted millions out of poverty by lowering dependency ratio. Individuals and families were able to make savings which translated into investment and boosted economic growth.

Combined with robust policies in education, health, employment and empowerment of its women, they were able to capitalize on their demographic window during the period 1965 and 1990. See also: Obama to visit US mosque to counter Republican rhetoric about Muslims With over 70 per cent of Kenyans aged below 30, we are at the cusp of a demographic dividend. For this dividend to become a reality, Kenya will have to surmount some formidable challenges, none more exigent than the empowerment of its women.

However, this youth bulge is “a window of opportunity”, which shuts in an average period of 29 years. We have to take advantage of it and understand that there’s nothing pre-ordained about a youth bulge producing a growth dividend. The magnitude of the challenges Kenya faces was brought home through some sombre statistics in the just-released 2014 Kenya Demographic and Health Survey (KDHS).

One emerging trend is the increasing role of women as stewards in Kenyan families, with one out of every three households in Kenya being headed by a woman. This might not be of much concern were it not for another statistic from the KDHS: half of Kenyan women only have primary school education, meaning that their potential for participating in socio-economic processes is hampered, and their families are on the whole fated to the lower rungs of demographics.
In a new drive to change this narrative around the world, the UN Secretary General, Ban Ki-moon has established the first high-level panel on women’s economic empowerment, which will take the lead in developing strategies and plans for closing economic gender gaps around the world. Any strategies for enjoying the demographic dividend that do not prioritise the education and health of its women will be futile.

The survey showed that some of the counties of Kenya that had the lowest proportion of literate women also had the highest fertility rates, some as high as double the national rate of 3.9 per cent. The pay-off from smaller families is in the all-round physical and cognitive development of children and, by extension, the workforce. In Kenya, this is a workforce that is mainly agrarian, and about 60 per cent female. Globally, it is estimated that if women in every country were to play an identical role to men in markets, as much as $28 trillion (equal to 26 per cent) would be added to the global economy by 2025.

Where women are healthy and educated, not only their families, but entire nations flourish as we have seen with the “Asian Tigers”. Conversely, where women are not empowered the demographic dividend will not be realised. Kenya must focus on eliminating gender inequalities, not only in the health sector, but in traditional social norms and attitudes that value women less.

These are norms that keep girls out of classrooms and women away from the workplace, and are often expressed through violence. The 2014 KDHS again shows the extent of violence with about four in ten women aged between 15 and 49 saying their husband or partner has been physically violent towards them. We must all heed President Uhuru Kenyatta’s message at last September’s global meeting on gender equality in New York, where he stressed that “development cannot be rapid and resilient, unless it is also inclusive and equitable…given that half of humanity are women, their empowerment is a must, not an option

Black History Month 2016: Your Guide to Events Around the Country

Serena Staggers Out Of Doubles With Illness

Are The Women in Kenya Oppressed? Maina Kageni’s Topic Raises A Storm on Social Media