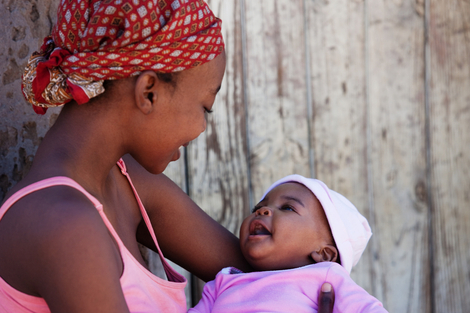 A team of doctors based in Oxford and Kenya launched a crowdfunding campaign to raise £100,000 to develop a game to train healthcare workers on saving lives

A mobile game geared to train the 2.5 million healthcare workers in Africa on newborn health aims to raise �100,000.

Every year, 470,000 babies die in Africa on the day they are born. In effort to address this avoidable tragedy, a team of doctors from the UK and Kenya have developed a mobile game to train healthcare workers across the continent.

The scenario-based mobile gaming platform, called Life-saving Instruction for Emergencies (LIFE), will teach healthcare workers to identify and manage medical emergencies, using game-like training techniques to reinforce ways to save the life of a newborn in distress.

Mike English, a Professor at Oxford’s Department of Tropical Medicine and an Associate Fellow at Green Templeton College, is leading the appeal. English, who is also a paediatrician based in Nairobi, Kenya, said: “With face-to-face training we have reached only a tiny proportion of the 2.5 million African healthcare workers. We need a system that enables everyone to access and learn the essential steps to save babies in an emergency. This is what we’re aiming to do with our LIFE platform. We will make it available so that healthcare workers with a basic smartphone can download the game and learn or revise essential knowledge regularly.”

“The World Health Organisation estimates that over two thirds of new-born deaths in Africa could be avoided by delivering essential interventions including emergency care effectively.” – Mike English

The project aims to tackle infant mortality in Africa by training the medical community.

By using the LIFE game, African healthcare workers in even the remotest settings will be trained so that their first instinct is to act correctly. The game will teach them the latest guidelines, and can also be linked to professional accreditation, with built-in reminders to stay up-to-date and refresh what has been learned.

Dr Wilson Were of the World Health Organisation’s Department of Maternal, Newborn, Child and Adolescent Health said: “The LIFE project is both innovative and transformative. It shows the way we should think about and take advantage of the changing technological landscape in Africa.”

The team behind the project have launched a 12-month campaign on Hubbub as the @OxReach crowdfunding appeal to raise £100,000.

The funds will be used to develop an interactive 3D simulation of an emergency scenario based in a hospital, and the team have stated their interest in exploring how a virtual reality version of the game will be able to offer even greater levels of interactivity with the new HTC Vive VR system. The LIFE platform could be developed for emergencies affecting all ages and issues.

Jonathan May, founder of Hubbub and Director of the UK Crowdfunding Association, said: “The LIFE game is an example of exactly the kind of socially conscious innovation we need in the 21st century. The right technology can empower individuals and organisations to change the world for the better: we hope that the university embracing crowdfunding will inspire the wider community to get involved.”

The team is also being supported by Isis Innovation, the University of Oxford’s commercialisation arm, the University of Oxford Development Office, Médecins Sans Frontières (MSF), the Skoll Centre for Social Entrepreneurship, Green Templeton College and by mobile and virtual reality innovator HTC, who will match the first £20,000 donated by the public.

“In Africa, the day a baby is born is also the day it faces the greatest risk of death. Over 1 million babies die in the first 28 days of life,” English added.

“The World Health Organisation estimates that over two thirds of new-born deaths in Africa could be avoided by delivering essential interventions including emergency care effectively.”

Over 5,000 healthcare workers and 2,000 medical students have already been trained using the scenario-based teaching on which the game is based. The course, called ETAT+, is used across Kenya, Uganda, and Rwanda, and introduced to Zimbabwe, Zambia, Malawi, Tanzania, Sierra Leone and, most recently, in the war-torn South East Asian nation of Myanmar.

US election 2016: Super Tuesday For The Rise of Hillary Clinton

Being a Dependent Woman: Deadly Dangerous in a Lockdown