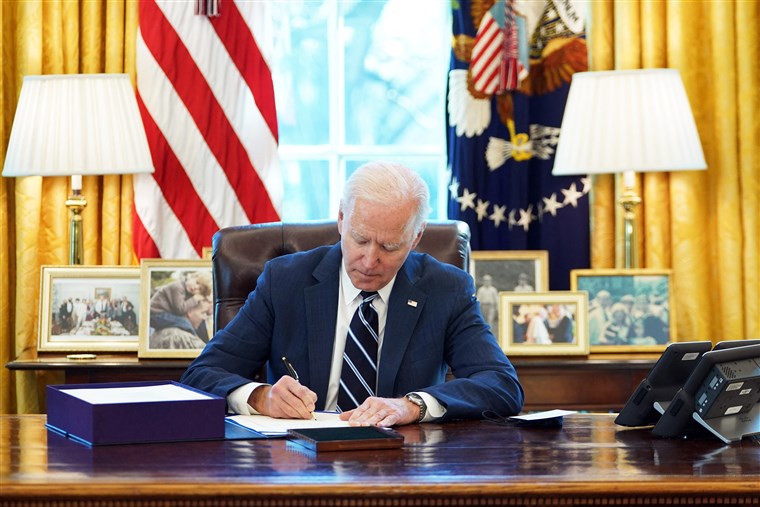 The expanded federal child tax credit included in President Joe Biden’s $1.9 trillion relief package will be a significant benefit for many American families, especially low-income earners and those living in poverty, experts said.

The credit raises the maximum annual benefit level for many families to $3,600 per child under age 6 and to $3,000 per child ages 6 to 17, from $2,000 per child under 17. It will provide most parents with a monthly allowance, instead of a lump sum during tax season, creating a guaranteed income for families with children.

“Low-income families suffer from income volatility,” said Elaine Maag, the principal research associate at the Urban Institute. “Delivering the credit in advance is trying to take the edge off those income fluctuations, which should help families meet their needs.”

The expanded credit will also be available to millions of families who did not qualify before.

Previously, households must have earned at least $2,500 in income and could only receive up to $1,400 if the tax credit exceeded taxes owed.

“The biggest winners from the proposal are lowest income children. Their benefits now will be, on average, very similar to benefits of middle- and higher-income children,” Maag said. “Your family qualifies for the maximum credit regardless of how much they earned.”

Kris Cox, deputy director of federal tax policy at the Center on Budget and Policy Priorities, said that some 27 million children, including half of Black and Latino children, did not previously get the full credit from the child tax credit because their families did not earn enough.

The poorest children have been getting the least from this credit, he said, adding that “this bill is completely historic because it would shift that and make sure that low-income children receive the full credit.”

The expansion would lift millions of children above the poverty line, he added.

White House press secretary Jen Psaki has also called the expansion of the child tax credit “historic,” and the administration says overall the bill will lift 11 million people out of poverty “and cut child poverty in half.”