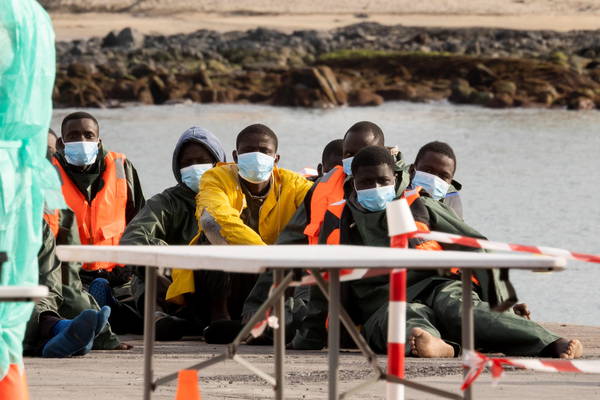 Spanish authorities have received several distress calls from boats traveling towards the Canary Islands with dozens of migrants on board. They are currently using an aircraft to find them, according to Salvamento Maritimo, the public agency in charge of rescue operations at sea.

On Tuesday night, 52 migrants were rescued from a boat and disembarked in the island of Gran Canaria. They included nine minors aged one to 13, according to Efe news agency. A little girl from Mali is in serious condition after suffering a cardiac arrest. Two healthcare workers were able to resuscitate her. She is now in intensive care. The other minors were also hospitalized, Efe added.

On Wednesday the Salvamento Maritimo found another boat. A rescue vessel is en route to aid the migrants. The number of migrants on board has not been determined yet. Maritime rescue authorities, moreover, have been unable to confirm so far whether the two boats detected were among the four that sent out distress calls over the past few days. Search operations on Tuesday were unsuccessful

Nigeria’s Inflation at a Four-year Peak