Somali Forces Are Planning to Take Lead for Country’s Security 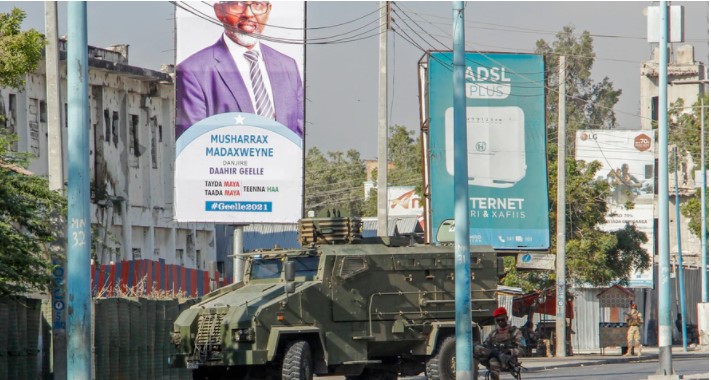 MOGADISHU, SOMALIA – Somali government forces are set to take the lead in maintaining the country’s security by the end of this year, according to Somali and African Union officials who met in Mogadishu this week.

The parties agreed to forge ahead despite concerns about the Somali parliament’s controversial extension of the president’s mandate for another two years.

The conference marked an important milestone on the road toward peace and stability in Somalia, which has struggled with violence and lawlessness for decades.

Attending the meeting were representatives from the Federal Government of Somalia, military commanders from the Somali National Army (SNA) and African Union Mission in Somalia (AMISOM), and officials from the U.N. support office in the country.

The parties agreed that Somali security forces would soon assume a lead role in their own operations, as laid out in the Somali Transition Plan approved by the government and AMISOM in 2018.

The AU mission recently handed control of a base near Afgoye town to the SNA. Last week, SNA troops also repulsed an attack by al-Shabab militants on a military base in Awdhigle, 75 kilometers south of Mogadishu.  Somali military officials say at least 76 militants were killed.

Somalia’s military chief, General Odowa Rage, expressed the commitment by his side to the new security plan. He said special forces were ready to conduct operations anywhere, anytime.

Rage pledged that his side would fully implement the outcome of the key security conference with AU counterparts, but he underlined that partners in security such as AMISOM should also take seriously the new commitment.

The AU special envoy in Somalia and the head of AMISOM, Francisco Madeira, said the AU mission would do its part.

“As the mission gets into the next phase, where AMISOM is expected to gradually transfer the security responsibility to the Somali security forces, joint planning and coordination as well as the harmonized force corroboration will enable the mission to maintain operational effectiveness” and effectively respond to threats, Madeira said.

However, developments like the ongoing political standoff that has delayed elections may impede full implementation of the transition, according to security analyst Mohamed Salah.

“The primary purpose is to gradually and cautiously transfer all security responsibilities to [the SNA],” he said. “Its implementation is delayed and challenged by the recurrent political stalemate in the country, including those linked to elections and differences between federal government and state leaders in some instances. Also the interference of security agencies into political affairs.”

As Somali agencies try to take responsibility for security, many observers believe political accountability is the ultimate key to peace and stability in the Horn of the Africa nation.

At Least 40 Migrants drown in Shipwreck off Tunisia

Watch Out for the July 4th Edition of 1st Afrika Magazine..