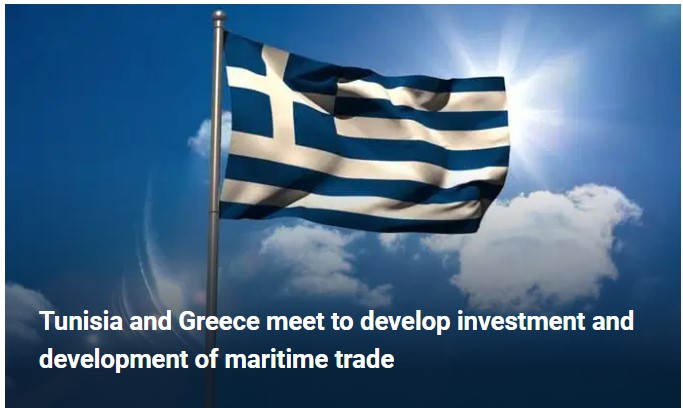 Share00
Tunis, Tunisia (PortSEurope) April 21, 2021 – Prime Minister Elyès Fakhfakh has met with Greek Minister of Foreign Affairs, Nikos Dendias, to discuss strengthening bilateral cooperation particularly in the economic field, investment, and development of maritime trade between the two countries. Both sides discussed during this meeting the preparations for the 11th session of the Tunisian-Greek Joint Commission and the fourth session of the political

ECE’s Minister of Foreign Affairs Nikos Dendias is scheduled to travel to Tunisia today, Monday, where he is expected to sign a Maritime Transport Agreement between the countries.

According to a press statement by the ministry, Dendias will be received by the country’s President, Kais Saied, and Prime Minister, Elyes Fakhfakh, and will also have talks with his counterpart, Noureddine Array.

The talks will focus on bilateral and regional issues, with emphasis on developments in Libya and the wider Eastern Mediterranean. They will also discuss issues pertaining to the Middle East and EU-Tunisian relations.

Interest in the region has been increasing with the recent developments in Libya, with the Greek Foreign Minister participating in a videoconference of donors for Sudan on Friday.

The initiative was led by Germany, supported by the United Nations and the European Union, to provide necessary assistance for the country.

Following the peaceful alternation of power a year ago and the agreement on the creation of a transitional government, Sudan continues to face major challenges.

In this context, Greece expressed its readiness to contribute financially, to the extent of its capabilities, so that Sudan can continue its efforts to consolidate peace and security, respect for the rule of law and human rights, and promotion of the necessary economic and social reforms.