Mminele : The Victim of ‘Corporate Cliff’ for Black Executives 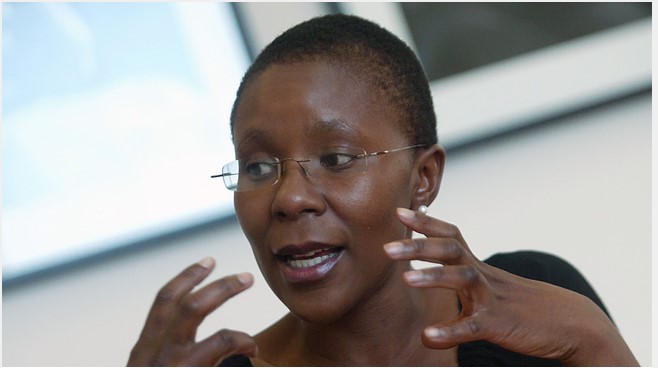 FINANCIAL institutions with a culture so unique that senior black professions are unable to transition into it suffer from a lack of commitment to change, rather than being “stuck” with a culture that cannot adapt, Association of Black Securities and Investment Professionals (Absip) president Polo Radebe said yesterday.

“When institutions fail to adapt, it creates a corporate cliff for black executives that, sadly, accelerates their exits,” she said.

Radebe was responding questions about the growing number of senior black executives in financial services who have stepped down early, sometimes not amicably, such as Peter Moyo at Old Mutual, the resignation of Basani Maluleke as chief executive of African Bank, and yesterday’s shock step-down of Absa chief executive Daniel Mminele, of which Absa said there had been a failure to see eye-to-eye in relation to “the group’s strategy and the culture transformation journey”.

“Leadership changes such as at African Bank and now at Absa should, in our view, be lessons for the sector at large,” said Radebe.

She said recent evidence indicated that the banks had not yet achieved their social duty to cultivate and foster transformation and equitable representation.

She said there wasn’t a common approach to strategic executive support, particularly for black executives who were new to institutions and female leaders whose leadership style was slightly different to the men who preceded them.

Radebe said white directors continue to occupy the bulk of positions in senior management across the financial services sector, particularly in banking, and the trend in recent years indicated stagnation rather than progress.

She said the 2020 Transformation Report – compiled by Intellidex on behalf of the Banking Association of South Africa – indicated there were “still some glaring gaps in the transformation landscape”.

Black senior management made up only 38 percent of roles in executive management.

“When measured against the target of 50 percent, the data indicates the South African financial services sector is struggling to transform organically,” she said.

The data relating to black women was even direr, as only 7 percent of executive director roles were held by black women.

“When one considers that the Financial Sector Code target is 25 percent, it is hard to imagine that such a glaring gap will be fixed any time soon,” she said.

She said the question of strategic support for black executives was a matter that Absip was actively interrogating with institutions in the financial services sector.

Tracey Davies, executive director of Just Share, a non-profit shareholder activism organization, said it was important not to make general statements about the departures of these executives, as the circumstances surrounding their leaving was not in the public domain, and each case was different.

“However, it is true to say white men still dominate the C-suites … and that there has not been enough pressure from regulators or investors to change this,” said Davies.

She said that, for example, shareholders did not pay much attention to succession planning, and how organizations were mentoring and supporting young black employees – in particular, young black women – to step into executive leadership roles.

“Because of this failure in succession planning, new CEOs are brought in from outside the organization and have to quickly integrate into an organizational culture with which they are unfamiliar, and which is unfamiliar with them. This contributes to difficulties for these CEOs in establishing supportive networks within their organizations,” she said.

Shareholder activist Theo Botha said shareholders and other stakeholders of Absa should not have to be forced to speculate as to the real reasons for the departure of Mminele.

He said the resignation was “sad”, as Mminele was more than qualified, with a long tenure at the South African Reserve Bank and a leadership role at another financial institution.

“Absa’s exco said they did not support their CEO, but why didn’t they support their CEO? It is in the interests of transparency that we know what went wrong and why this capable person left,” he said.

Braids, The Crown Of African Women;Handy Hairstyles For The Rain