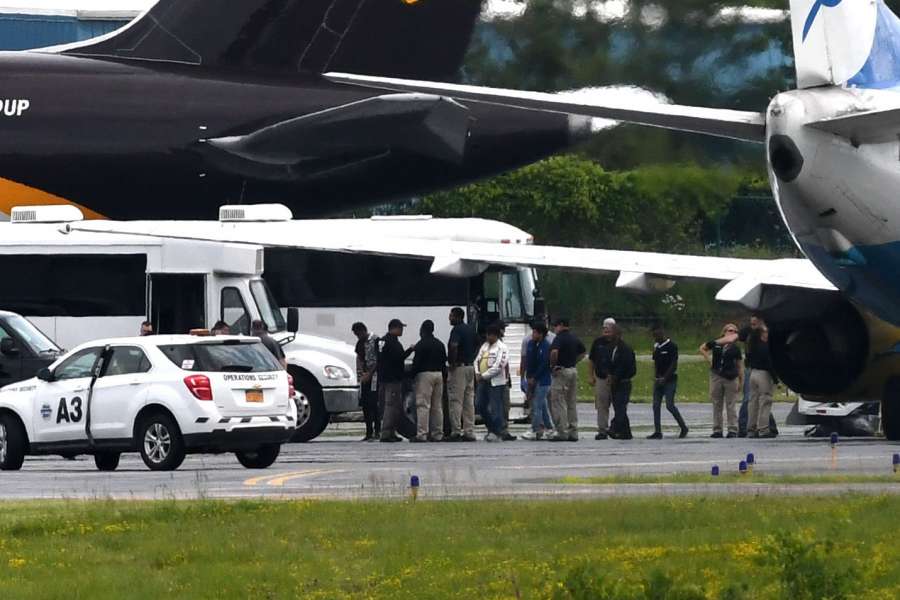 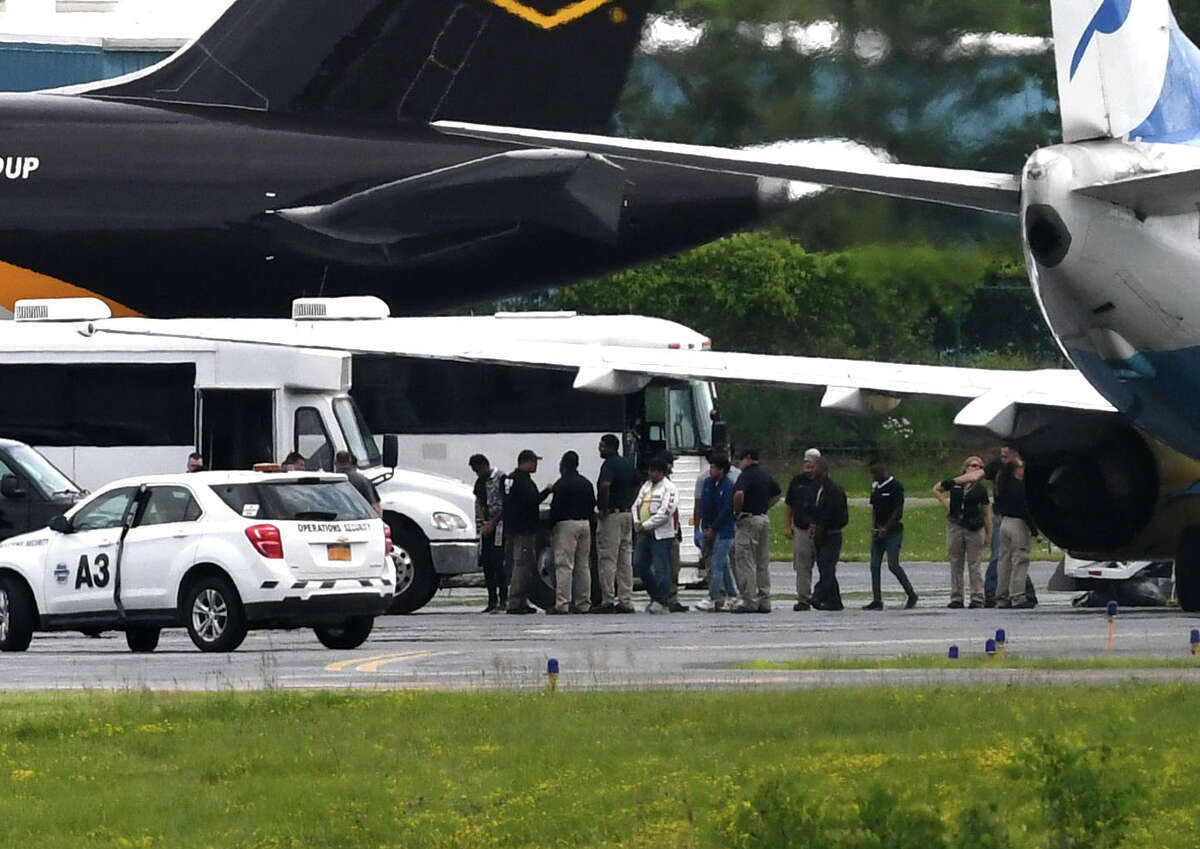 A group of Black immigrant advocates has filed a civil rights complaint to the Department of Homeland Security alleging Immigration and Customs Enforcement (ICE) agents placed African asylum seekers in a medical constraint to torture them.

According to the complaint, ICE agents used a full-body restraint called the WRAP on five Cameroonian immigrants during mass deportations back to the African country in 2022.

The group of advocates claims it led to a medical complication for one of the deportees after the men remained bound for several hours.

The complaint was filed by African Communities Together, the Black Alliance for Just Immigration, the Cameroon Advocacy Network, Haitian Bridge Alliance, the UndocuBlack Network, Texas A&M University School of Law Immigrant Rights Clinic and Witness at the Border.

“DHS and its component agencies must be held accountable for coercing Black immigrants onto deportation flights with what amounts to a torture device.”

The Convention Against Torture is an international treaty that prohibits “torture and cruel, inhuman or degrading treatment or punishment in all circumstances,” as described by the American Civil Liberties Union.

Several Cameroonians were deported in October and November 2020 after former President Donald Trump changed policy that reversed asylum status for immigrants who passed through another country to seek reprieve in the U.S. Many feared torture and imprisonment in Cameroon because of civil unrest.

One of the immigrants in the complaint said he felt like his body was rolled into a bag when ICE officers forced him into The WRAP. The incident took place after a team of eight to 10 officers shackled him, shot him with rubber bullets and put him in isolation.

“They fell on me and dragged me out of the cell,” said the immigrant, who was identified by the pseudonym Castillo. “They threw me down and pushed my face to the ground. One pressed on my back, two held my hands, two held my feet. Someone said, ‘Get the WRAP.’”

Castillo said he remained in the WRAP at a 40-degree angle throughout the bus ride from the detention center in Texas and until the plane to Cameroon flew over the Atlantic Ocean, or around nine hours. During that time, Castillo said his requests to use the bathroom were ignored.

Another immigrant included in the complaint, identified as Godswill, said, “the darker your skin, the harsher the treatment” was the practice in the ICE detention where he was held.

Godswill said during the November 2020 deportation, ICE officers who came to transport him and other Cameroonians were armed with tear gas. Godswill said he was placed in the WRAP after he tripped and fell as a result of feeling weak.

“They dragged me across the tarmac, they climbed on me, and they stuffed me into a kind of bag,” Godswill said.

Godswill, who suffers from asthma, said he couldn’t move or breathe and was in severe pain. He thought the officers placed him in the WRAP to die, he said. Godswill was in the device for three to four hours, he said. Eventually, someone pushed his inhaler into his mouth.

Advocates also allege the ICE officers violated the U.S. Constitution’s due process clause and the Rehabilitation Act in the complaint sent to the DHS’ Office for Civil Rights and Civil Liberties. The Rehabilitation Act stops discrimination against people with disabilities in federal agency programs.

ICE spokesperson Mary G. Houtmann indicated in a December 2020 email to journalist Sarah Towle, who uncovered the incidents, that the WRAP is used only in limited circumstances. 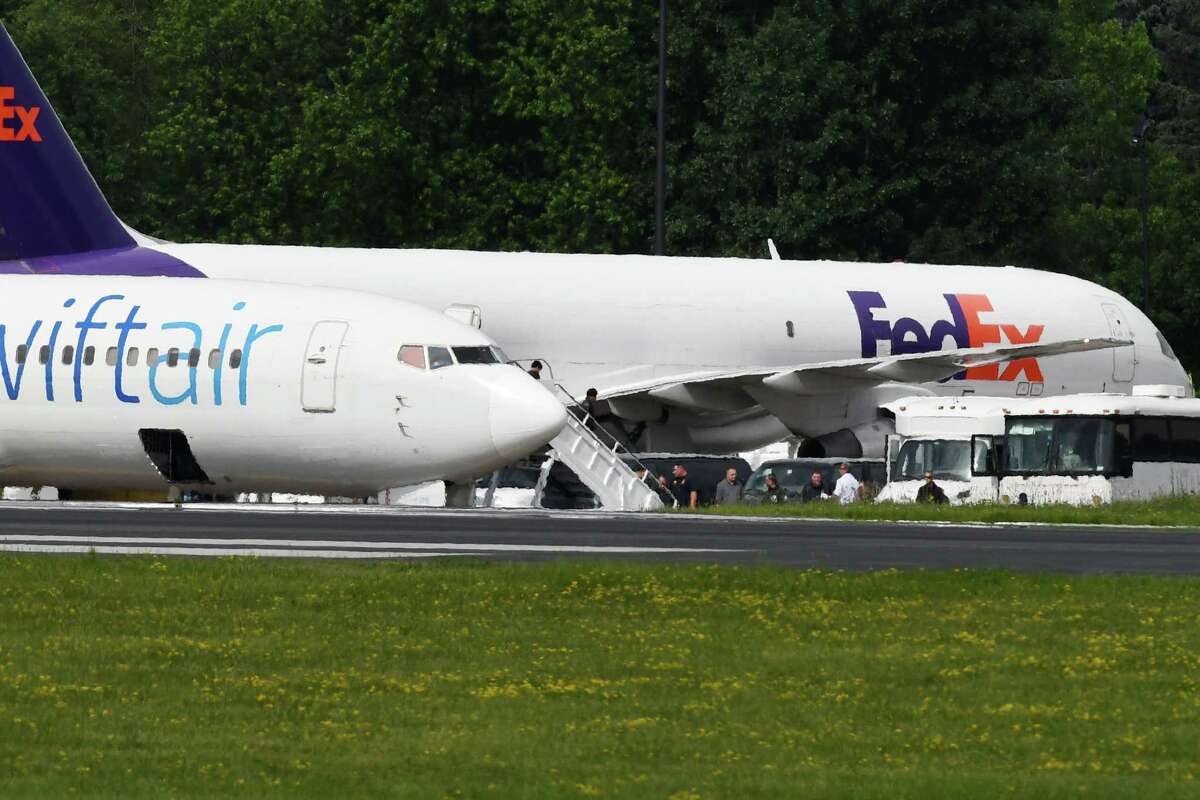 “Only during the instances when a deportee on an ICE Air flight becomes non-compliant, poses a risk to himself and/or others on board the flight, is the deportee placed in the ICE authorized WRAP soft restraint device for the safety and security of all on board the aircraft,” Houtmann wrote.

Immigration advocates are calling on the DHS’ Office of Civil Rights and Civil Liberties and the Office of the Inspector General to investigate ICE’s use of the WRAP and bring the immigrants in the complaint back to the U.S. through humanitarian parole.