Tiger Woods in hospital with multiple injuries after car accident 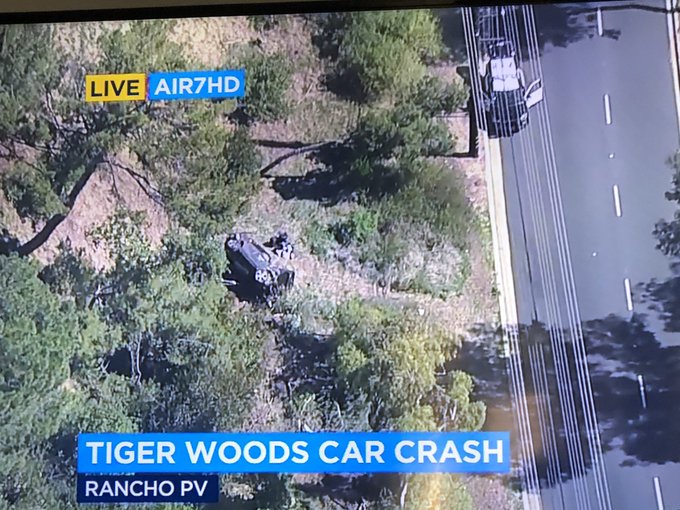 Golfer Tiger Woods was rushed to a Los Angeles hospital on Tuesday after suffering multiple injuries when his car went off a road and rolled over, requiring the jaws of life to extricate him.

“Tiger Woods was in a single-car accident this morning in California where he suffered multiple leg injuries,” his manager, Mark Steinberg, said. He is currently in surgery and we thank you for your privacy and support.”

Woods, the sole occupant in the car, was removed from the wreckage by firefighters and paramedics, his agent added.

The roll-over crash near Los Angeles did not involve any other vehicles. Television images showed the car lying on a patch of grass off the road, with its hood badly damaged

A KABC-TV helicopter over the scene of Woods’ accident showed a car on its side with the front end heavily damaged. Air bags appeared to be deployed. The wreckage appeared to be just off the side of a road on a hillside.

BREAKING: What is presumed to be a shot of Tiger Woods’ car after being involved in a single car accident in LA County…