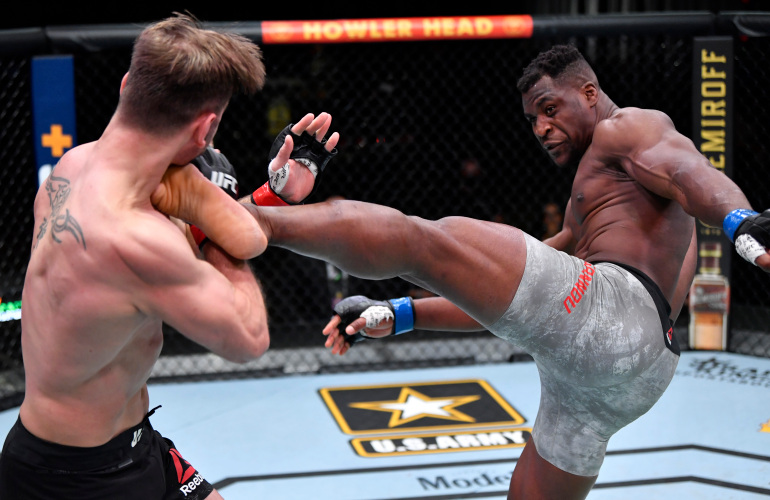 Pride and joy in Cameroon after Francis Ngannou defeated Stipe Miocic to be crowned the new UFC heavyweight champion. 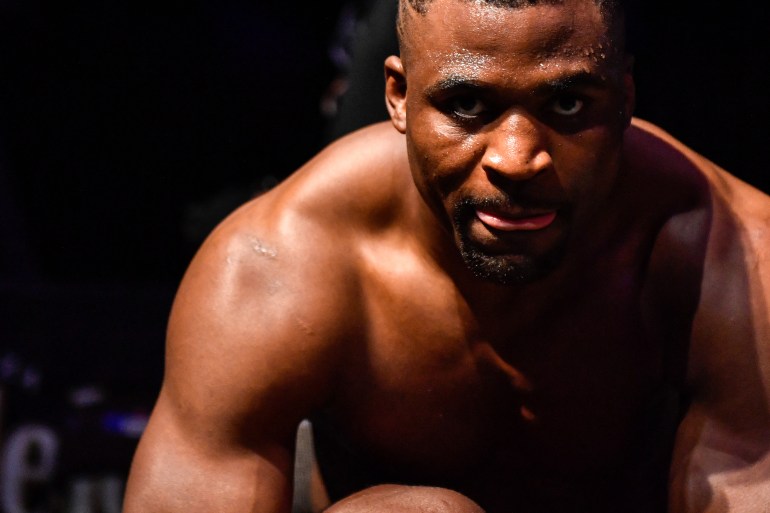 Christel Youbi would not miss it for anything. Like many others in Cameroon, she was determined to stay up all night and watch her countryman Francis Ngannou take on American champion Stipe Miocic in Las Vegas for the UFC heavyweight title.

The mixed martial arts (MMA) bout on Saturday was a rematch of a lopsided Miocic decision victory three years ago. But this time, things were different.

Ngannou, whose knockout power is seemingly unmatched (he had won the previous four fights in a combined two minutes and 42 seconds), dominated the first round.

And 52 seconds into the second, Miocic was flattened on the canvas – and Ngannou was on top of the world.

In Batie, where Ngannou grew, dozens of people who packed a compound to watch the fight burst into a paroxysm of euphoria as soon as the 34-year-old landed a ferocious left hook to knock Miocic out

There were similar scenes everywhere Cameroonians were watching.

“Great joy,” Youbi, who hails from Batie but lives in the coastal town of Limbe, told Al Jazeera.

“He is a brother of the village and I am very happy that he maintains the image of our village and our country at such a high level.”

Indeed, Ngannou’s victory means he is the first African-born UFC heavyweight champion, a title that has been described as belonging to the “baddest man on the planet” – welterweight champion Kamaru Usman and middleweight champ Israel Adesanya left Nigeria when they were children. 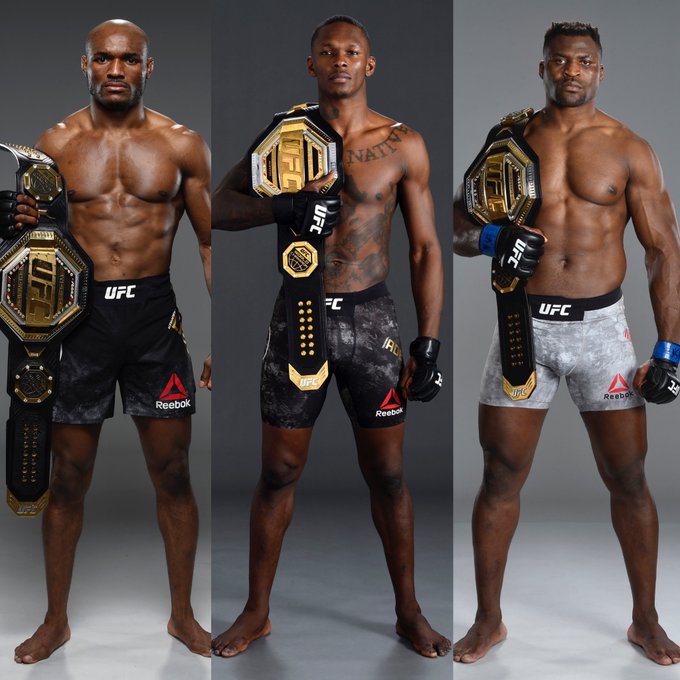 It has been a long journey for the soft-spoken Ngannou who started working in a sand quarry at the age of 12, and then, in his mid-20s, embarked on a long and life-threatening journey from Cameroon to France – a trip he has described as “hell”.

Ngannou crossed the Sahara Desert and spent a year in Morocco before entering Spain through the Mediterranean Sea. Upon reaching Spain, he was detained for entering irregularly and spent two months in custody before regaining his freedom and finally making it to France.

In Paris, he was homeless until he found a fitness center to sleep and start training. In 2013, he made his professional debut and two years later he was signed by the UFC.

“When the journey is long, the reward is always more appreciated,” Ngannou said after his victory on Saturday. “This is just a symbol of dedication and perseverance,” he said of his championship belt. “Somebody asked me what I wanted to do with the belt. Maybe I will find a public place to put it in Cameroon for kids to look at and realize that anything is possible.”

Ngannou’s humble background and charisma have won the hearts of many in Cameroon.

Former renowned footballers Roger Milla, a World Cup legend, and Rigobert Song Bahanak, known for his emblematic leadership in the Africa Cup of Nations, were among the Cameroonian celebrities who congratulated Ngannou on social media.

Another big Ngannou supporter at home is Mireille Ngono, the local administrator for Batie.

“I am proud of him,” Ngono said. “Nearly everybody knows him here: they saw him when he grew up, as a bike rider, a sand shoveler – [they] knew him in Batie when he had nothing,” he added.

“When he comes here, he helps the youth in paving their future. He’s down to earth because he plays football with them, and also helps the administration in community tasks.”

For Njie Enow, head of sports for radio at CRTV state media, Ngannou’s triumph can help inspire children to take up combat sport in a country like football-crazed Cameroon, where basketball has also made inroads recently, thanks to the success of NBA stars such as Pascal Siakam, Joel Embiid and Luc Mbah a Moute.

“This is a sport that does not have a federation in the country. A lot of people do not pay attention to it. But I hope that Cameroonian sportsmen and -women can be able to tap from the resilience that Francis Ngannou has demonstrated,” Enow said.

“It can be an opportunity for the country’s sports stakeholders to look at this sport. In Cameroon, the focus is on football, basketball, and volleyball. Combat sports do not get the attention they deserve.

“This is a zone where if state officials put some money, the spin-offs will be really immense,” said Enow.

Can Eritrea’s Afwerki Hold on to Power after the Tigray War?

How Did Africa Escape the Calamity of a Pandemic Covid -19

Platini: Football Is Suffering Because Of Blatter