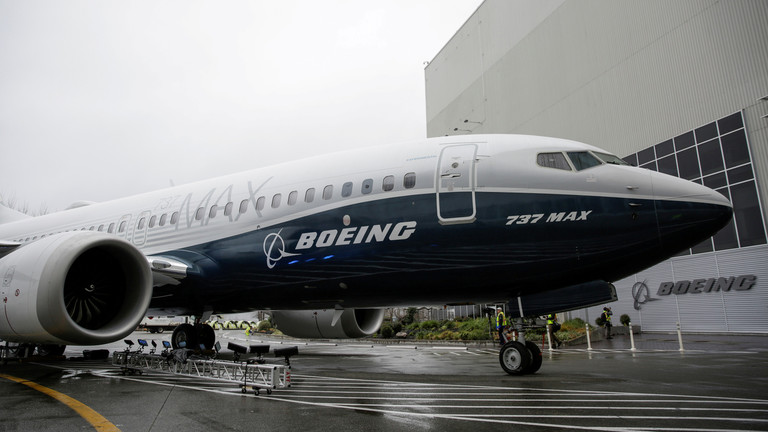 Share00
Get short URL
FILE PHOTO of a Boeing 737 MAX plane in 2018 © REUTERS/Jason
Dozens of Boeing’s fleet of 737 MAX planes currently grounded due to electrical bonding issues must be fixed before they take to the skies, the US Federal Aviation Administration (FAA) has said.

The safety regulator issued a new airworthiness directive to Boeing on Wednesday after the US manufacturer earlier said it had paused deliveries of the 737 MAX model to allow time for the electrical issues to be fixed.

The problem, which affects 106 Boeing planes globally, including 71 in the US, prompted the company to halt flights earlier this month.

The setback is the latest to hit Boeing after the company was slapped with a grounding order for the 737 MAX in March 2019 following two plane crashes in Indonesia and Ethiopia which killed a total of 346 people.

The FAA then cleared the planes for flight in November last year, as the regulator said they could return to service once certain software and wiring modifications had been made.

Boeing CEO Dave Calhoun told CNBC on Wednesday that the latest round of electrical repairs ordered by the FAA should only take a couple of days for each plane. He did not give an exact date by which the fixes would be made.

Verizon is Reportedly Considering a Sale of its Media Assets, including AOL and Yahoo

NASA’s Mars Helicopter Ingenuity Touches Down on the Red Planet