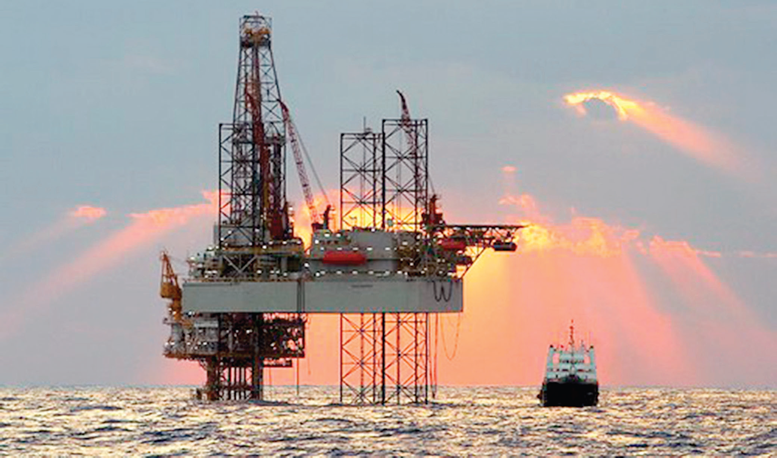 Oil rose to the highest since early March with a second straight weekly decline in U.S. crude supplies underscoring the progress the world has made in draining a record supply glut built up last year.

Declining crude stockpiles in the U.S. support the International Energy Agency’s view that the world has largely worked off the surplus it accumulated when the pandemic devastated demand. While the agency cut its oil consumption forecasts in a monthly report, it said the glut is now just a small fraction of levels seen at the depths of the coronavirus fallout last year.

“Inventories are still trending in the right direction,” said Quinn Kiley, a portfolio manager at Tortoise, a firm that manages roughly $8 billion in energy-related assets. “The economy globally is reopening and that should continue, so we should see continuing draws.”

The weekly storage report showed domestic supply levels ahead of the cyberattack that halted the largest U.S. oil-products pipeline system. Panic-buying spurred by the ongoing outage of the Colonial Pipeline has pushed retail gasoline prices above $3 a gallon for the first time in more than six years, while supplies at some terminals have been wiped out on the U.S. Northeast. That’s all before the upcoming summer travel season is expected to unleash a wave of pent-up demand built up during the pandemic.

“Even if everything is fixed at this second, we’re probably still looking at a couple of weeks of trouble,” said Bill O’Grady, executive vice president at Confluence Investment Management in St. Louis. “That runs us right into Memorial Day,” around which the U.S. summer driving season starts.

Still, the impact of the shutdown on headline crude prices is muted for now. The market remains buoyed by prospects for recovering energy demand around the world and broader bets on global inflation. U.S. consumer prices climbed in April by the most since 2009, exceeding forecasts, official figures showed Wednesday.

The report also gave some insight on the state of gasoline inventories on the U.S. East Coast before Colonial was idled. Stockpiles of the fuel in the Central Atlantic fell 1.15 million barrels last week, though they remained near the region’s five-year average, providing some cushion to last through the pipeline outage. But in the Lower Atlantic, which is the most reliant on the pipeline, gasoline inventories were at their lowest since 2016 for this time of year, even with an 815,000-barrel build last week.

MoneyGram Supporting Retail Bitcoin Buying In US Advertisement In partnership with Coinme, MoneyGram has announced today their intent to accept buying and selling of Bitcoin at over 12,000 US locations. The announcement also included the intent to expand support for Bitcoin internationally by the back half of 2021. MoneyGram & Coinme Partnership MoneyGram is a long-time global payments operator citing nearly 150M consumers over the past five years. Coinme is a licensed crypto exchange that also operates over 20,000 physical ATMs. The goal of the collaboration is to “bring Bitcoin to thousands of new point-of-sale locations in the U.S.” in the near term. The partnership press release also cited the company’s intent to create “global cash on and off-ramps” to “ensure access to Bitcoin”. MoneyGram CEO Alex Holmes added that the “innovative partnership opens our business to an entirely new customer segment as we are the first to pioneer a crypto-to-cash model by building a bridge with Coinme to connect Bitcoin to local fiat currency”. 5 BTC + 300 Free Spins for new players & 15 BTC + 35.000 Free Spins every month, only at mBitcasino. Play Now! Related Reading | Real Adoption: How Will Mastercard’s Crypto Acceptance Affect Bitcoin Price? The Rollout MoneyGram and Coinme emphasized that having a service rollout that is “specifically designed for customers who may be interested in utilizing Bitcoin for the first time” was top of mind. Over the course of the next few weeks, the firms will start making transactions available throughout the 12,000 MoneyGram locations. The full rollout is anticipated to scale out over 20,000 US locations and be “fully operational in the coming weeks”. The partnership follows a number of major financial services companies ingraining crypto transactions into their day-to-day operations. CashApp has added Bitcoin transaction support, Venmo announced last month that they intend to support crypto purchases and sales, and Mastercard intends to offer support for customers cryptocurrency transactions later this year. Other fintech and tech-forward companies, such as Square and Tesla, have also added Bitcoin to their balance sheet in recent months. Coinme also has a partnership in place with Coinstar that enables crypto transactions at Coinstar kiosks throughout 6,000+ locations in the US. Accessibility to BTC has been a focal point for many companies. | Source: BTC-USD on TradingView.com MoneyGram & Crypto This isn’t the first time MoneyGram has worked to ingrain their business in the broader cryptocurrency landscape. The company had previously formulated a partnership with US-based crypto, Ripple (XRP). The partnership came to a mutually-agreeable ending in March, though the companies reiterated a commitment “to revisiting our relationship in the future”. The partnership termination came shortly after reports of an SEC-filed lawsuit against Ripple, for engaging in an unregistered securities offering through XRP transactions as early as 2013. The deal included Ripple paying transaction fees for MoneyGram using the XRP token in international settlement deals. MoneyGram is a Dallas, TX based firm publicly traded on the NASDAQ ($MGI).